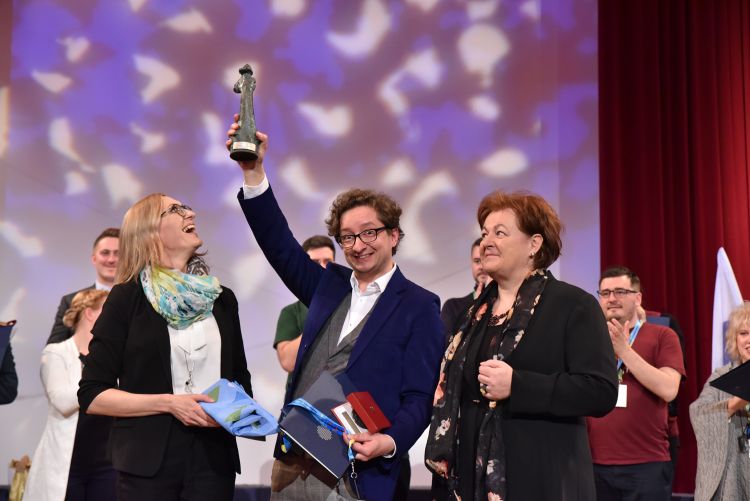 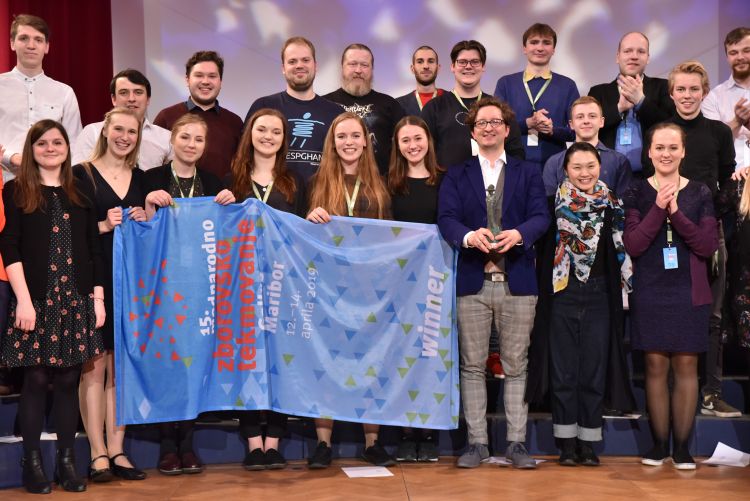 The winning choir, which won over the expert panel of five jury members, will compete in July next year in Debrecen, Hungary, in the European Grand Prix for Choral Singing, which is one of the most prestigious competition on a global scale.

Since its start in 1992, the International Choral Competition Gallus – Maribor has earned the reputation of being one of the most difficult competitions worldwide. This year, thirteen groups took part – eight mixed choirs, one male and one female choir, and three vocal groups – from Europe, Asia and America.

Slovenia was excellently represented by a home group, the Maribor Academic Mixed Choir under the conducting leadership of Tadeja Vulc, which after their final performance reached a shared third place with the German choir.

On the first evening on Friday, the choirs warmed up by presenting the non-competitive arrangements where they sang and played music typical of their native countries, which some even accompanied with traditional musical instruments and costumes. The audience at Union Hall, which was packed full for all three days of the event, enthusiastically welcomed the competition participants and rewarded them with thunderous applause.

It appears that the successful first night acted as encouragement for the competitive performance the next day on Saturday, as all choirs performed their arrangements from historical periods and the free programme wonderfully. Despite foreseen linguistic challenges, the performance of the compulsory Slovenian arrangement, one of which was by Jacobus Handl Gallus and the other was an adaptation of the Slovenian folk song Zarja, by foreign choirs was excellently executed.

Chairwoman of the judging panel, Helena Fojkar Zupančič, explained how all the participating groups worked outstanding and they were a real pleasure to listen to, which made the panel’s task a difficult one and it all came down to the details. “The committee took into account several criteria, for example the selection of the programme, the way the songs were performed and the quality of the performance, how the singers and conductor followed the composition scores, the sound of the choir and its stage presence.”

In spite of the well-matched performances, the panel had to select five finalists, who came in very close so that the group that came in sixth was only half a point away from the one that took the fifth spot.

The committee selected five groups of the same category, that is mixed choirs, who then had to sing once again, on Sunday, in front of the panel as well as an audience of enthusiasts and dedicated lovers of choral singing to compete for the top spot.

The choirs that sang on Sunday:

The prestigious title of winner who automatically moves on to qualify for the 2020 European Grand Prix for Choral Singing held in Debrecen, Hungary, next July is JĀZEPS VĪTOLS LATVIAN MUSIC ACADEMY MIXED CHOIR/JĀZEPA VĪTOLA LATVIJAS MŪZIKAS AKADĒMIJAS JAUKTAIS KORIS, Riga, Latvia, while second place went to the Spanish group KUP TALDEA from Tolosa, Basque Country. It is clear how difficult the decisions were and how close the teams ranked from the fact that third place was shared by two groups, the MARIBOR ACADEMIC MIXED CHOIR/AKADEMSKI MEŠANI ZBOR MARIBOR and the CHAMBER CHOIR OF THE MUSIC ACADEMY MANNHEIM/KAMMERCHOR DER MUSIKHOCHSCHULE MANNHEIM, while MT. SAN ANTONIO COLLEGE CHAMBER SINGERS, Walnut, CA, USA took fifth place.

At the International Choral Competition Gallus – Maribor 2019, only choirs demonstrating exceptional quality who had the ability to create a diverse and outstanding programme competed. Each of their programmes amounted to approximately 45 minutes of pure vocal music over the course of the three days, which amounts to a whole concert!

In 2008, the Gallus Maribor International Choral Competition was accepted into the exclusive association for the European Grand Prix in choral singing, in which there are five European cities, in addition to Maribor, from countries with a rich choral history: Varna in Bulgaria, Tours in France, Arezzo in Italy, Debrecen in Hungary and Tolosa in Spain.

Video recording of the Grand Prix concert by the RTV SLO: 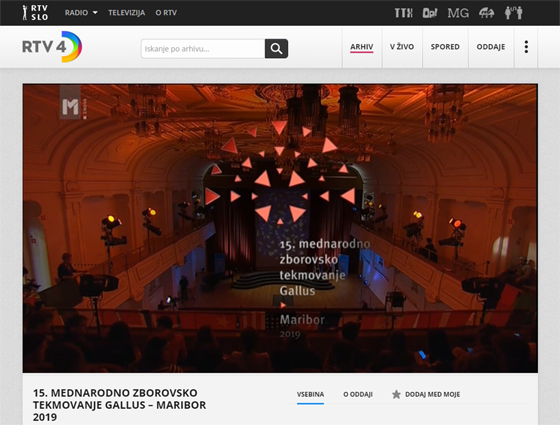